The Loadstar, a much respected and often analytically correct Air Cargo magazine has published an opinion piece on the ongoing drama and negotiations at Atlas Air, Southern Air and ATSG and Amazon.

The peculiar case of Atlas management and its increasingly poor relationship with its pilots is indeed confusing – unless, that is, it turns out to be a strategy that allows its executives to cash in big time via a smart trade sale to a key client, Amazon.

Analysis: Is the wind in the right direction for Amazon to snap up Atlas Air? 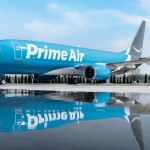 The Amazon 737-800 Passenger to freighter conversions are finally being operated by Southern Air.

Growth would seem to be assured, except for the annoying part about paying pilots a fair wage. The bitterness amongst Southern Air and Atlas Pilots has reached new lows as it’s clear the mediocre attempt at “parity” last year was just another sleight of hand in a grand scheme to prevent a new contract at Atlas and Southern Air for the foreseeable future.

It is inconceivable that a large corporation would forfeit their entire work force by attrition unto their competitors staffing formulas but this is where things are at today. The Loadstar article written last year only seems more accurate than ever before.

Atlas / Southern 777Fs are reportedly being parked because of lack of crews. Meanwhile Atlas Air’s closest competitor is hurriedly staffing an entire 777F operation which is being launched with 4 tail numbers. Compare that to the 8 airframes under Southern Air‘s operation and that is half their fleet.

So to spell this out in laymen’s terms, the appearance on the surface is that Atlas is under marching orders to keep the 767 and 737 Amazon operations staffed while allowing their wide body fleets begin to go idle.

SOMETHING must be more valuable to Atlas’ executives than actual revenue flying airplanes. In this business, when the executives pass up assured GROWTH, that’s usually a signal that a bankruptcy or a merger or a sale is around the corner. Since in this case Atlas is very cash rich now, the smart money says it’s another merger or a sale vs. any kind of bankruptcy.

So the Loadstar basically just published what many of us have been observing now for the past 6 months or a year now. These are still great opportunities out there in Air Cargo for anyone else who can read the ti leaves. 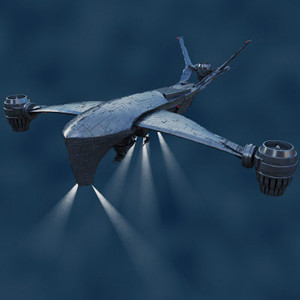 I for one have adjusted my course. The first airline to deploy pilot-less drones will be Amazon. Plan accordingly my friends!